That about sums up last week here in the tropical paradise known as Connecticut. I know I’m not alone in reporting actual highs of 98°f (37°c) and “feels like” heat indexes as high as 117°f (47°c), but it’s my place to report so, it’s my party and I’ll cry if I want to. The bugs were worse than the heat. Maddie and I had to cut one of our walks short and turn around. It was my decision, but she didn’t fight me, the bugs were bothering her, too.

Speaking of bugs, the digital variety, WordPress has been working to understand the problem that is causing many of you not to be following me, despite your many attempts. I have seen messages stating that “so-and-so is now following NoFacilities” and then I see comments from so-and-so saying, “I didn’t get a notification today.” It’s maddening.

I have been encouraged by some recent comments by the Happiness Engineers. They haven’t exactly made any progress, but they seem interested. I’ve also been discouraged by some of the comments. For instance, this is one I received after I forwarded your comments from Thursday’s blog,

It sounds like there are two phenomenon happening:
(1) Users are still following the blogs but are no longer receiving notifications
(2) Users are unfollowing blogs they don’t intend to

Note: For the grammar nerds out there, I pasted the comment in as written. I know, the plural is phenomena. I also informed the engineer that users are not unfollowing blogs by mistake.

In other news from the Happiness Engineers, I received an email from WordPress talking about new features. Did you know that you can post your blogging schedule to WordPress and they’ll remind you when you have a post that is due? Seriously, did you know that? The people who can’t notify subscribers when posts have been published want to notify authors when it’s time to write those posts. At least they’ve mastered irony.

The engineers have also been busy working on the Block Editor. Again, perhaps you’ve noticed, perhaps not, but Sidebar Widgets are now blocks. That’s recent. I know that because I edit a Sidebar Widget every Tuesday. The link for my upcoming Thursday Doors post appears in a Text Widget that I modify every week. When I tried to edit it last Tuesday, I was confronted with the fact that my widgets are now blocks. Although I use the Classic Admin panel, rather than the old-style widgets that seemed somewhat intuitive, I am forced to use the block-editor interface which is less intuitive.

I find it interesting that they are “improving” the Block Editor while they seem to ignore the problems that have been reported with it.

I’m still trying to cut these guys some slack. I know that in large IT projects, there are people assigned to maintenance and people assigned to development. These tasks proceed on separate timelines. There is no reason to delay the implementation of new features simply because every bug from the previous implementation hasn’t been squashed. On the other hand, perhaps the developers could spend a little more time testing these new features.

The thing that bothers me, is that every time a new engineer is assigned to the problem, I have to convince him/her that this problem is real. For the record, I have open issues about the random unfollowing problem, a variety of problems with the Block Editor Galleries, and the trouble liking and commenting on blogs (the problem Maggie has been dealing with recently). I and others have found workarounds for several of these problems, but the fact that in some cases, I’ve been using a work-around for two years is disheartening.

It’s Monday, as I might have told our daughter, “it’s a brand-new week!” Maybe good news is right around the corner.

If you have a song stuck in your head, the video is below the gallery.

Lots and lots of birds on Sunday’s walk. 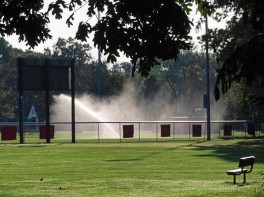 A big spray and a gentle breeze. 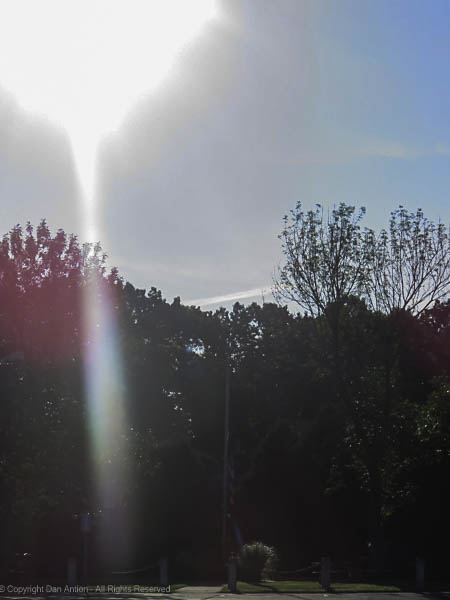 The flag is at Half-Staff in honor of Firefighter Colin McFadden. I wasn’t expecting the giant flare. 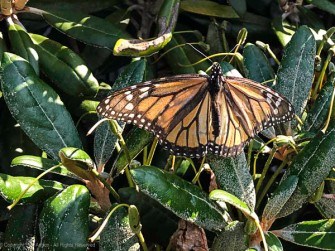 I think this is a monarch.

Odd finding on our early morning walk. And, if you look closely, the shoes would have been on the wrong foot.

“This is getting out of control.”

She’s trying to sleep, but there’s a lot going on. 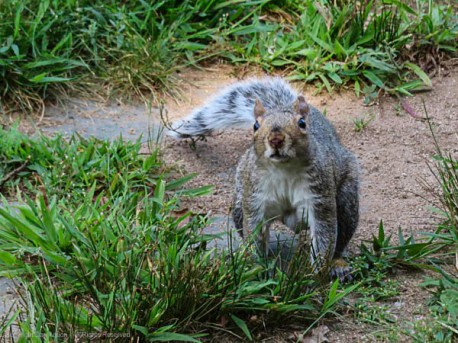 “You’re going to toss me a peanut, right?” 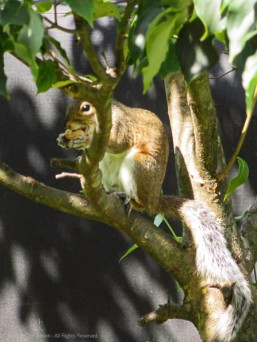 Peanut in hand, retreat to the tree to eat. 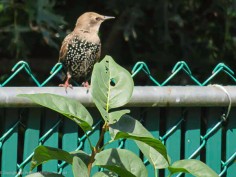 I think this is our new friend, the European Starling.