What’s Wrong with this Picture?

I had a different one-liner planned for today. I even had it written. Then I saw this cartoon on Sunday. I don’t normally read A Family Circus, but I was drawn to this cartoon by one element in the image. I’ve cropped the cartoon, but the family has gone on vacation to the Grand Canyon. After traveling and hiking with our daughter Faith (and her various photography gear) on many occasions, I look this cartoon and I only have one thought,

“He’s standing at the edge of the Grand Canyon and he doesn’t have the camera strap around his neck!”

The Monarchs have been here for about a week.

Another (or the same one, who knows?) European Starling.

The Blue Jays fight the squirrels for peanuts. 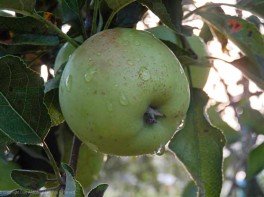 Apple after a rain storm. 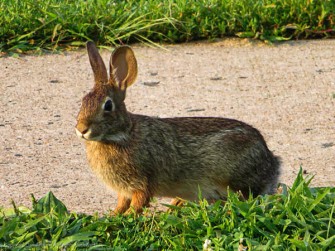 Great River Park after the sustained rains of July. The park is in a flood zone on the river side of the levy. That’s where I usually park.

Great River Park after the sustained rains of July. That’s where I usually park.

Great River Park after the sustained rains of July. That’s a picnic area, not an island.

We won’t be launching anyboats today.

“You stopped brushing me.”

The last section of the long fence on the west side is done.

The last section of fence to receive privacy slats is the short section facing the front yard. After.

The last section of fence to receive privacy slats is the short section facing the front yard. Before.

Our shadows are getting longer again. 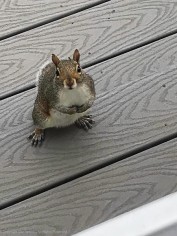 “If you guys are coming outside, could you bring some peanuts?”