Fall is Here – Winter is Near – #Socs

Lost Lake Pilsner – 3.2% alcohol. A little better than most light beers, but…

MuMu has been brushed

It’s the first Friday of fall and we’re kicking off the new season while we reward ourselves for making it this far. All the while, we are dancing with Linda G. Hill’s famous Stream of Consciousness Saturday prompt. Speaking of which, or whom, be on the lookout for an important announcement at the end of this post. The prompt:

“Your Friday prompt for Stream of Consciousness Saturday is ‘near/far.’ Use ‘near,’ use ‘far,’ use them both if you’d like. In fact, if you start your post with one and end with the other, you get bonus points! Enjoy!”

Did she say, ‘bonus points?’ – She did. OK then, if we were having a beer, we’d be going for bonus points.

“Near Beer? – Cheryl, why is this on the Specials menu?”

“One of the local breweries is making a low-alcohol version of their pumpkin spice ale, Dan.”

“Easy, Dan. Cheryl, please get twelve ounces of Corona Extra – stat, for my young friend before he works himself into a lather.”

“And a John Howell’s Special for you, David? Or would you like to try the Pumpkin spice ale?”

“I prefer my alcohol in the concentrated form of bourbon.”

“Dan, why the angst over near beer?”

“When my brother and I were in Duluth, we were trying to buy beer to eat with the smoked fish we had bought.”

“What kind of fish?”

“Yes, well it sounds like a boring story is coming, so I thought I would try.”

“We had salmon, white fish and lake trout. And we were trying to get some beer.”

“I’m moving as fast as I can, Dan. Here’s your Corona and David, here’s your bourbon, your seltzer, your ice – phew – and your cherries.”

“Thanks Cheryl, I don’t think it’s that difficult an order.”

“And I wasn’t complaining about you not bringing me a Corona, I was telling David about trying to buy beer in Duluth.”

“And I was trying to avoid hearing that story, but go ahead Dan.”

“Before you start, I’m sorry for thinking you were snapping at me, Dan. It’s been a busy day. I’m a little frazzled.”

“I’m sorry. I see they have you running through the bar and the lounge.”

“And the patio is still open. We can’t get enough servers, so thy have me running near and far. In any case, finish your story, I’ll be back.”

“Yes, Dan, by all means finish that story. You were trying to buy beer when you left off. Please don’t leave us in such painful suspense.”

“I was going to make this a short story, but…”

“…You never learned how.

“Sigh…We decided to stop at a gas station that had a convenience store. I went inside, but all I could find was non-alcoholic beer.”

“Exactly. We left and stopped at a grocery store. We needed paper plates, forks and that kind of stuff, and some crackers.”

“We also bought some smoked cheese.”

“A detail you forgot. I hope that doesn’t mean you’re going to start over.”

“Anyway, as I was saying, we stopped at a grocery store. I saw a sign in one aisle that said ‘beer,’ so I was feeling pretty good.”

“I looked in the cooler and saw twelve-packs of Labatt Blue – I love that beer. I pulled one out, only to find it was non-alcoholic.”

“Which did you choose?”

“I found one local beer, Lost Lake Pilsner, so I bought that.”

“Why was that the only one with alcohol?”

“It turns out, David, Minnesota only allows three-two-beer to be sold in stores other than places licensed to sell liquor.”

“Didn’t you tell me that was how it was in West Virginia?”

“Yes, but that was almost fifty years ago. Minnesota is the only state with that restriction today.”

“Was that beer any good, Dan?”

“I see your Corona is empty, would you like another, Dan?”

“I would Cheryl, and since David is treating today, how about some wings?”

“I’ll get your beer and then I’ll put that order in.”

“David, is that bourbon working for you?

Announcement: Linda G. Hill, author and the force behind SoCS and other prompts will be visiting the bar next week. I hope you can join us. I’m going to see if I can arrange for more bonus points to be available, too. 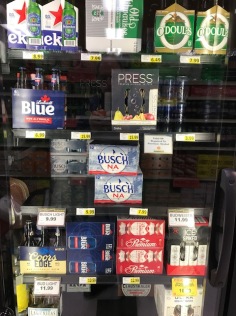 While shopping, I saw individual pies in the dessert case. Hey, we were on vacation

One Rose of Sharon bush keeps popping out a new blossom

It’s good to see the bees enjoying the blossoms 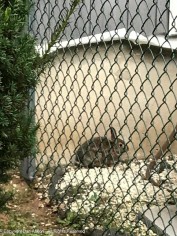 It’s OK. You can stay there until we’re gone, but I need a picture of you for River

The sun burst through the clouds for a minute 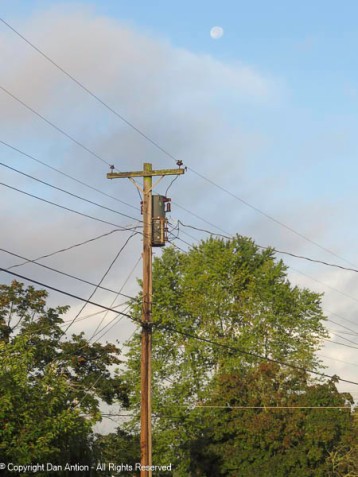 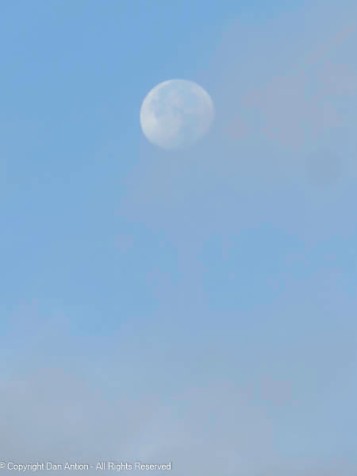 Looking up into the apple tree

The day after the storm 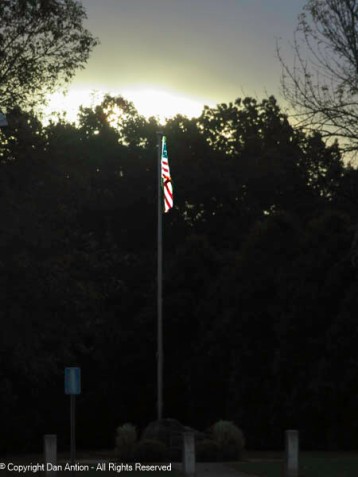