In the before time, before we changed the name of the bar to the Island View Bar and Grill, before Covid, before it snowed; I would have punted the prompt down into the story. I’m changing it up a little because it’s been a long day.

It looks like David, and I are the only ones here today. Some people might be sill cleaning up after the snow we had yesterday, but I think people have gone back to avoiding restaurants and bars. Maybe if it’s nearly empty, it’s safer for us. We’ve come to relax, share a beverage, and do something with Linda G. Hill’s Just Jot it January Prompt and Stream of Consciousness Saturday prompt.

“No, David, it’s only one prompt. It works for either challenge.”

“This is why you typically make your entrance later.”

Anyway, it is January, so Saturday prompts are doing double-duty and you’re seeing more posts from me than you usually do. Don’t worry, I won’t be posting every day, and I am trying to make them shorter, as you will soon see. This week, it’s Linda who’s running a little long. She says:

“For those of you joining SoCS for the first time, it’s a little different than the other prompts in that it’s not always a whole or single word. If you’re joining in from JusJoJan, don’t want to write stream of consciousness style, no worries. It’s up to you! If you do want to try it, please check out the rules (on Linda’s site). It’s fun! Here’s your Saturday prompt:

“Your prompt for #JusJoJan and Stream of Consciousness Saturday is: ‘In the.’ Start your post with the words ‘In the’ – that’s the prompt! Enjoy!”

I think it’s time to give David his cue.

If we were having a beer, you’d be wondering about the empty bar.

“In the time before Omicron, Dan this bar would have been be more crowded.”

“So? You always say you hate it when the bar is crowded.”

“That’s true, but when something you don’t like is missing, you end up not liking something else.”

“When you have something, you don’t like, it drains the anger out of your system. When it’s a benign thing like a bunch of people in the bar, you realize it’s harmless, the anger fades away, and you feel better.”

“I think you want to be substituting ‘I’ for ‘you’ in that observation, David . I don’t think that’s a universal thing.”

“Hi guys, sorry I’m late, I was swapping out the Bud Light keg.”

“Hi Skippy. I hope you didn’t switch that on our account, neither of us will be drinking that.”

“Oh, I know, Dan. You guys don’t like it, but it’s our most popular beer on tap, Corona for you and, David, are you having a John Howell’s Special?”

“I am Skippy, now that my day is complete.”

“What made it complete? Me?”

“It might be best if you just got the drinks, Skippy.”

It rained a lot this week, so when it was clear, Maddie didn’t care about the cold.

“Hi. If you’re coming out with Maddie, can you bring a few peanuts? It’s supposed to snow tomorrow.”

Snoopy was here yesterday. I hope she has a shovel.

I pushed the snow off to one side while it was still falling because we had to go out. 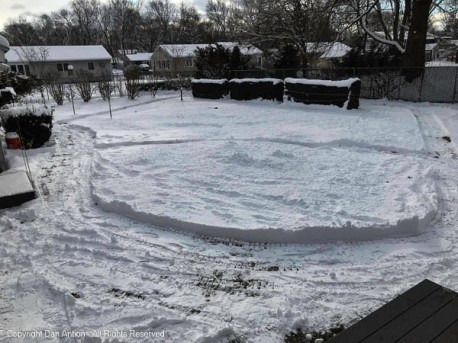 It’s easier with the paths

The snow is ending

The storm has moved into northern New England.

How many squirrel nests do you see? 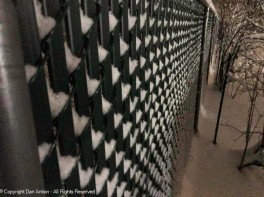 I like how the snow has filled in the corners.

A storm is on the way. 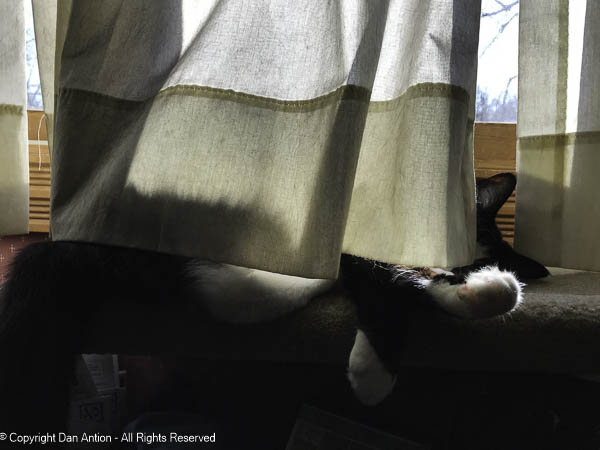 We didn’t have many sunny days this week. MuMu made sure she took advantage of them.