Before I get into a description of my doors, I want to highlight a few items coming up in the schedule.

One of the best things about living in an area where water-powered mills thrived during the 19th century is the survival of many of those mill buildings. Many have been preserved and many have found new life and new purpose in serving the community in which they stand. Communities that, in large part, were formed to supply the workforce for the mills.

Many of the mills in Manchester, Connecticut have been turned into housing. I will be sharing some of those buildings in coming weeks. Today, I’m featuring two mills which have found new life in more interesting ways. One building is a toy store and one serves/will serve a variety of businesses, including a brewery.

In 1887-1888, a factory building was constructed and occupied by the Mather Electric Company, a company producing dynamos (generators). Eventually, the company began to manufacture light bulbs. The company was sued by Edison General Electric Company for patent infringement and eventually Mather was forced out of business.

Other industrial tenants rented the building and, in 1903, it was purchased by the Bon Ami Company. Bon Ami had been renting space in the building since their first factory burned down in 1899. The company produced the popular Bon Ami Soap in the factory until 1959. Other industries occupied the building after that.  Since 1999, the Time Machine hobby shop has also been located in the building, making it the largest hobby retail location in New England.

Several small streams crisscrossed Manchester and at the confluence of Bigelow Brook and the Hockanum River is a former factory complex known as Hilliard Mills. Arron Buckland operated a woolen mill in this area as early as 1780. Blankets were produced for soldiers during the War of 1812.

The mill complex changed hands several times eventually being partially owned by Elisha Edgarton Hilliard, and Sydney Pitkin. They operated the mill for ten years and in 1842, Mr. Pitkin sold his share of the company to Mr. Hilliard. The company made blankets and clothing for the Union Army during the Civil War. A small manufacturing village called Hilliardville existed near the mill. The mills closed in 1940 and other manufacturers, including United Aircraft Corporation – now part of o United Technologies Corporation (UTC) during World War II. The surviving mill buildings are being redeveloped for business and commercial uses. You can learn more and see some interior photos here. One tenant is 2nd Bridge Brewing.

The gallery includes photos of two other buildings. They are unrelated to the featured buildings but they were in between them as I was driving. 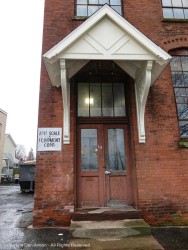 Not part of either of the featured mill buildings, but I like this door. 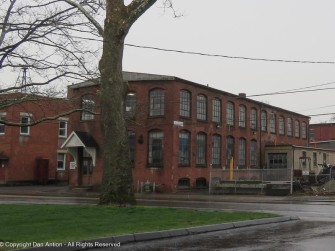 The Time Machine is on this street, I decided to include this building as well. 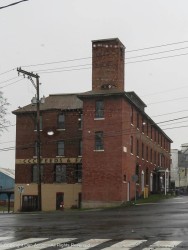 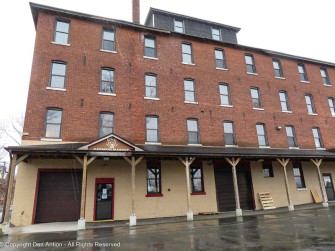 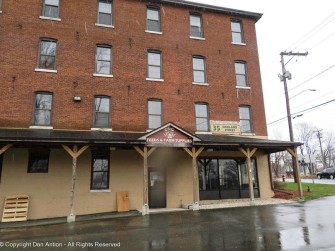 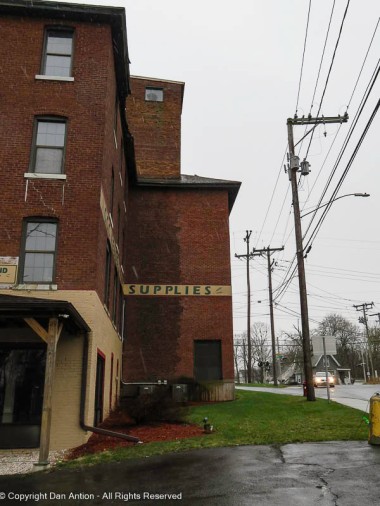 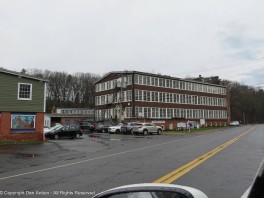 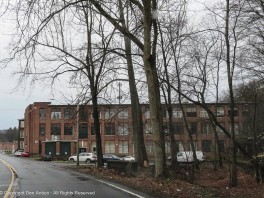 That’s Hilliard Mills #2 drifting back to the rigth. 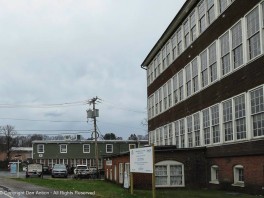 Hilliard Mill building #2 on the right and #3 at lower left. 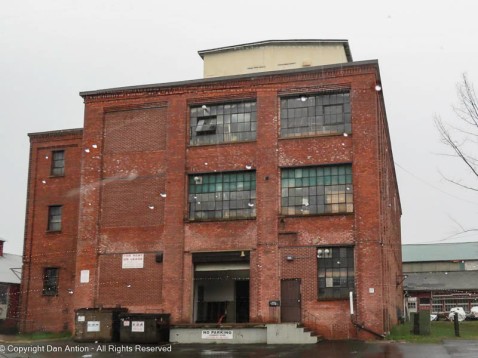 Toys and hobbies – what could be more fun. 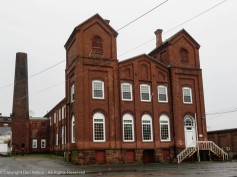 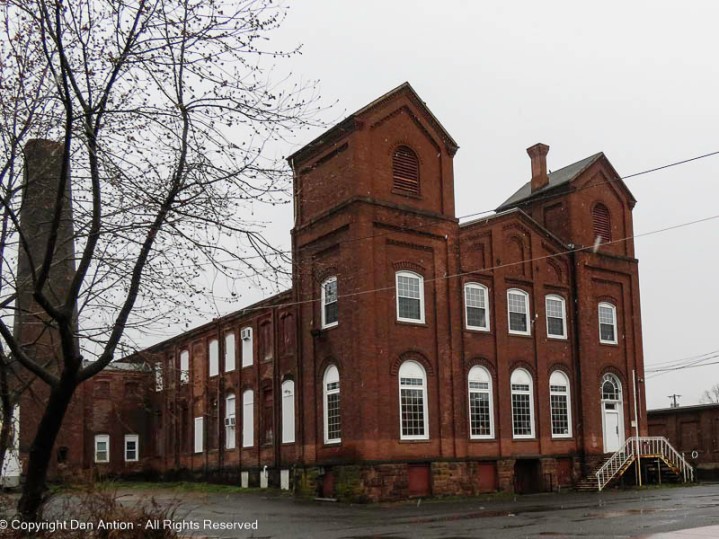