These are my copies

Once again, I am going to stretch the topic of Cee’s Fun Foto Challenge and go beyond the photos in the gallery.

“This week our topic is celebrating Man-made items. Have fun.”

I know that as an adjective, ‘man made’ isn’t gender specific, but I want to spend a few minutes talking about, perhaps introducing you to, two items that were decidedly created by a woman. The woman is Teagan R. Geneviene and the items are two works of non-fiction she has written. Non-fiction? Teagan? Yes, that’s what I said, and you better Adam and Eve it.

“Speak Flapper – Slang of the 1920s” is a compendium of slang from the period known as The Roaring Twenties, and also The Jazz Age. Teagan introduced us to many of these terms in a definition from context manner, in several of her novels and serial stories, including “Three Things Serial Story.”

One of the things I quickly discovered when I began following Teagan’s blog, is that she has a passion for research. You don’t think of research accompanying fiction, but for fiction to be believable – even when you’re writing about characters and settings you made up – the fictional world has to make sense. You can’t write a story set in the 1920s and put your character on a jet plane to Hawaii. Well, unless your story involves time travel, which Teagan has been known to introduce. My point is, research is critical, and one of the most critical areas where what you write has to fit the era, is language. Teagan is also passionate about language.

So, we know why Teagan gathered the information in the book, and we can easily extrapolate that to figure out why she published her research as a book. Why should we read it?

It’s fun and informative. One of the ideas I have for a writing project is a book that is set in the 1920s. I can easily imagine flipping through Speak Flapper to help one of my characters get a wiggle on before he gets left holding the bag. Even if I wasn’t planning to write a story that takes place in this period, the book was so much fun to read. I read through these definitions, and I picture my parents using these words and phrases. I also recall, when Slade Bender visits, Captain Picard (when he’s pretending to be the private-eye Dixon Hill), as saying “you want to play stupid? That’s jake with me.”

“Speak Chuckaboo – Slang of the Victorian & Steam Eras” is Teagan’s latest offering, and it is every bit as informative and delightful as Speak Flapper. Some of these expressions survived long enough for me to have heard them in use by my parents and their friends during the 1950s, including, get it in the neck, kick the bucket, and rambunctious (which I was often told to stop being).

Teagan explains, and by doing so helped me avoid a mistake in this post that she would have been compelled to correct in a comment, that “slang of the steam era” does not imply “steampunk slang.” I would have guessed that it did, because Teagan has written some delightful steampunk serials and books. If you’re curious about the difference, well, you’ll have to buy the book – that is the purpose of this post, to get you to buy the book(s). And one thing is certain. If you buy the books you will enjoy reading the books.

Now, onto the gallery of man-made items. Well, after I tell you how to buy those books. PS, I didn’t make the bunny, but I made the steps, and River likes seeing the bunny.

Speak Chuckaboo, Slang of the Victorian and Steam Eras

the coffee table has found its new home.

This is the coffee table I recently gave away. 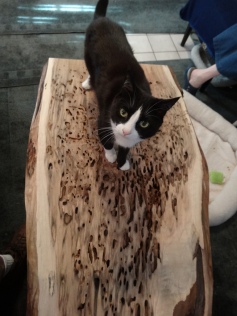 MiMi is checking out the coffee table I made. All those holes were made by bugs, but American bugs – so organic too.

Ore boat completing its journey under the Duluth lift bridge 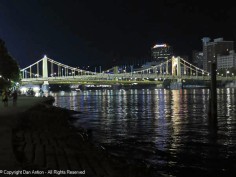 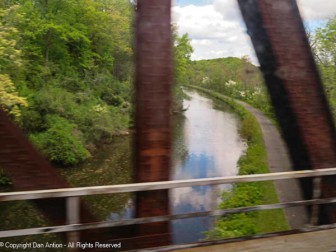 Crossing over the Windsor Locks Canal.

A cross section photograph of the Holyoke Dam during the third and present structures construction in the late 1890s, showing the combined inner masonry and outer granite cap. The tower in the background is one of two belonging to once the largest cableway in the world, used for transporting some materials along the height of the structure, in tandem with the narrow gauge rail (seen left) and several cranes. circa 1898 Source Canal Park Committee Records, South Hadley Public Library – Creative Commons license. 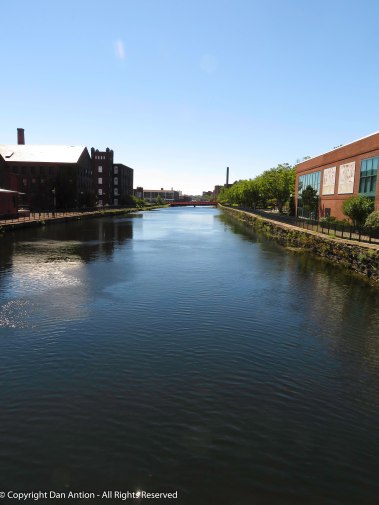 The canals run north to south for about a mile. 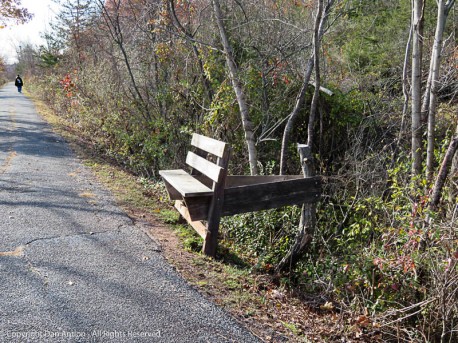 There were a number of these benches along the canal side of the path.

The boardwalk is quite sturdy 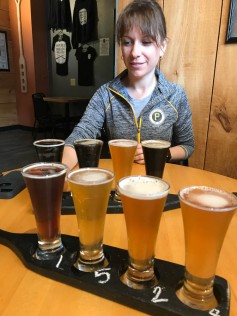 Taking flight. These look larger than they were. They are 6 or7oz glasses.

I put the plywood down in sections so I could stop at almost any point and still have functional steps. 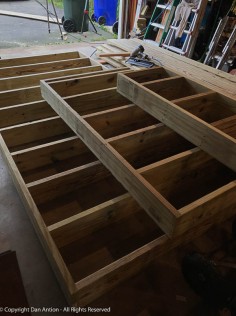 These steps have 2″ more rise, and about 5″ more run per stair. We think this will improve the feel.

This bunny was also eating near the steps. 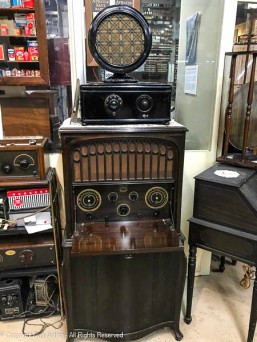 Those are two separate units, but I like the science fictiony appearance of the one on top.

If you like speculative fiction with suspense, action and a bit of family sarcasm, you will enjoy these books:

Knuckleheads
The Evil You Choose
When Evil Chooses You

My profile page (and books) on Lulu