Before we even get started on Cee’s Fun Foto Challenge, let me fix a mistake from Saturday.

OK, I feel better. Numerous people mentioned that I didn’t have a flag photo on Saturday. I had used it in a rare Friday post (for Veterans Day). Now, back to Cee’s challenge. This week, she suggested:

“This week our topic is Bicycles and Motorcycles or anything with just two wheels. Have fun.”

In addition to random pictures and pictures of my bike, I have some pictures from the NHRA (Drag Racing) Museum in Pamona, California. I’ve been a fan of drag racing since I was a kid. This past May, Larry “Spider-Man” McBride, recorded the fastest motorcycle run in drag racing history with a 5.618-second pass at 268.38 mph (432 kph) riding hos Top Fuel Motorcycle. That’s 1000′(305m) in less than 6 seconds!

At my first AIIM Board meeting, we took a break to assemble a couple dozen bicycles to give to poor children in Dallas, TX 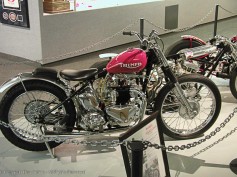 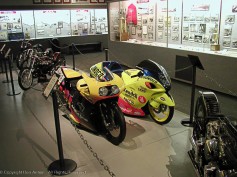 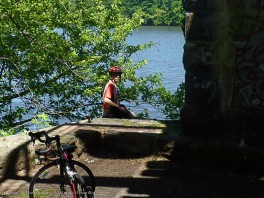 That’s Faith at our favorite rest stop on the Windsor Locks Canal Trail (under that trestle I often share).

That appears to be my bike at Faith’s place and Preston saying “any seat is my seat.” 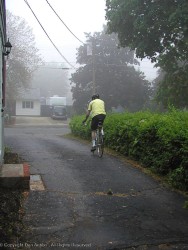 After that fundraising ride

My bike after a blowout in the parking lot. Museum staff came out quickly to offer assistance.

We no longer have Lime Bikes in Hartford but when we did, I rode them at Great River Park before work.

I think I took this photo (of the crane) in Toronto, Canada, but it has bikes.

If you like speculative fiction with a bit of family sarcasm, you will enjoy these books:

The Evil You Choose